Half Girlfriend- A Book review 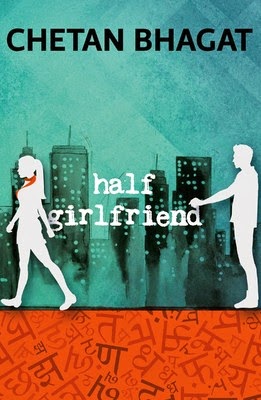 Plot- Madhav is a Bihari boy with big dreams who falls in love with the beautiful Riya, a rich lass from Delhi. There are some fundamental differences between the two. Madhav’s English isn’t all that great, but Riya speaks the best English. Madhav wants Riya to be his girlfriend but Riya disagrees. She wants them to be just friends but he definitely wants more. Riya finally comes up with a suggestion, a compromise – she agrees to become his half-girlfriend!

My Take- No matter what or who says about Chetan Bhagat's set of books are just crap, I can honestly tell you that crap sells in millions. So no way am I going to give a great review about this book because I got to be honest to myself before writing rave reviews about it. But its a decent book and goes in a great flow and the story of a Bihari student and a hot delhi girl is believable. Bhagat has scripted it with a happy ending because he is soon planning a movie based on his book but the bits and pieces of Ria's life was interesting. Her childhood abuse by her father is somewhat shocking which explains her bad relationship with her parents. The bad marriage with a bossy mother in law and a weak husband who doesn't want her to be a modern girl even in the US just makes it a little sad. I was kinda teary eyed when i came to know that Ria was going to die. Her way of hiding her feelings what makes the story interesting. Madhav's constant struggle with having to speak good accented English becomes the highlight of the story and soon you find yourself hoping that our hero doesnt have to be perfect. He comes out as a man who wants to get intimate with Ria. And with all the resistence, Ria's wall of shadows begin to crumble. This story is just not just about finding love and getting married, it is about following your dreams no matter what and whom you have to leave behind.

What to look out for?
Well the end is certainly unexpected of a normal love story. You will love it.

What makes it a little dull?
It looks like a script for a bollywood movie where a few dance and song sequences could be inserted.

When we adopted a Dog


When you adopt a dog in the army...the whole concept of taking care of a dog takes on a new turn. We just added Woody to our lil family of 'Singh'. Already living in Manipur was making life a monotonous affair. So the lil dog, brown fuzzy brown of cuteness was going to change our lives. With Vivaan already we had compromised a lot with sleep and given half our lives to him, how much trouble can a dog be? Turns out, its a full time responsibility too. You gotta train the guy and make him pee outside or else your house is just ruined mess of stink.  The sleeping pattern didn't match either. You just gotta make him learn to relax when you are on off mode. My motive in life soon became to teach Woody to sit. To my wonder Vivaan taught him to fetch ball. Now that was some accomplishment. When nights with the month old Woody became tough, we promptly handed him to our sahayak. He maintained his timings to eat and to walk.

And when it came time to play Vivaan and me just couldn't stay away from his enthusiastic licks of affection. Sometimes when i sit and relax, he comes over and takes his place on my lap as if he had all the right in the world. Perhaps it was his place because i found myself relaxing in his warmness and his ever loving eyes. He is three months old and making lives a bit different than we were used to.

Well he is playful and it takes it difficult to say no at times. Vaccinated and all dogs do get jealous and with Vivaan being my baby, he scratched him badly. It wasn't a fun ride to the hospital believe me and we had to calm our boy down with chocolates and hot wheels. We had to get him give anti rabies injection too. Perhaps i regretted having a dog when i heard my son cry.

But noone gives up on family, do they?
And we didnt. We are just a little bit stern with both of them now. And the playtime is just stuck to fetching ball now or running after it. Anyways excitement never ceases to end and we got a few rabbits too who mostly stay put in their house we made. From a city girl to a full time mommy and part time writer now, i certainly have my hands tied up in knots.
Posted by sonia at 3:37 AM 1 comment:

The Magician Who Lost His Wallet- A book review 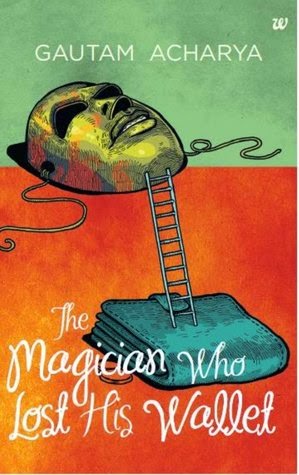 A world of magic if thats what you expected then you are going in for a treat. A totally unpredictable book, you will have a very Indian detective novel with Debu as our Sherlock Holmes, or at least when he tries to be. But the interesting plot starts with a wallet dropped at a mall and the man disappearing after the act. Debu who was the only witness to this, picks up the wallet trying to return the wallet. Things begin to get exciting after this.

Read it on: https://webookreviews.wordpress.com/2015/09/21/on-book-review-the-magician-who-lost-his-wallet-by-gautam-acharya/
Posted by sonia at 8:43 PM 1 comment: 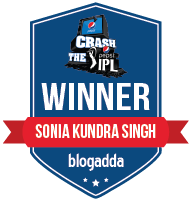